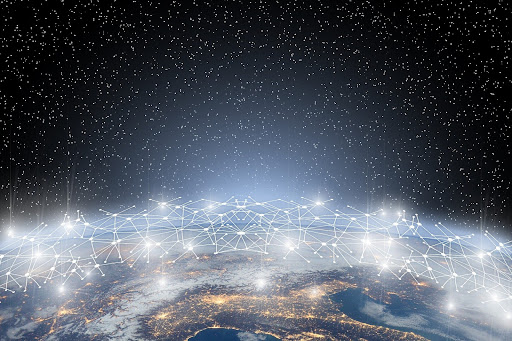 The blockchain is an immutable ledger that can record transactions without the need for a trusted third party. It is also the technology that powers Bitcoin and other cryptocurrencies. But what does this mean for gamers? What are the implications of blockchain technology in gaming specifically? How will it change the industry? This article explores these questions and more. What Is Gaming On The Blockchain? The idea of using a blockchain to store player information or achievements isn’t new, but it’s only recently become a lot more accessible. There are several ways that blockchain technology can be used in gaming, including:

Record Game Data On The Blockchain

One of the most obvious ways that blockchain technology can be used in gaming is to record player data on the blockchain. This can record anything from in-game achievements to player statistics. For example, if the global leaderboard for a gaming tournament was hosted on a blockchain, you’d be able to view your own stats, as well as your place in the overall ranking. You could also be rewarded with cryptocurrency for winning any tournaments. We saw a glimpse of blockchain technology used in this way with The WEGIL token. Although it’s not currently being used to host gaming tournaments, it can record a player’s skill level across different esports. This makes it easy to determine who should be matched with other players of a similar skill level in online tournaments.

Decentralized gaming software is an obvious use for blockchain technology. With decentralized applications (dApps), your identity, achievements and progress are stored on the blockchain. This means that you don’t need to log into or create an account on a centralized server. Decentralized apps will also be more resistant to hacking attempts. While this technology isn’t yet fully mature, we can expect to see it used more in the future.

Exclusive Games Built On The Blockchain

We’ve already seen several blockchain-exclusive games appear on the market, although they haven’t yet come close to mainstream popularity. Crypto Panda Fighters and Crypto All-Stars are two examples of games that are built on the blockchain. These are essentially video games that are hosted on the blockchain. That means that players can battle each other using the blockchain as a host. This could be used for a wide range of video game types, including sports, fighting and strategy games. However, be aware that most of these games are still in their early testing stages. Therefore, don’t expect them to be available to play anytime soon.

Many gamers enjoy completing achievements in order to excel in a game. One way blockchain game technology could change gaming is by allowing you to unlock new items or privileges with cryptocurrency. For example, let’s say you play a racing game and you want to unlock the chance to drive a supercar

But you don’t want to grind away at it for hours. With blockchain technology, you could pay a small amount of cryptocurrency to unlock this feature. It would be a way of rewarding dedicated gamers while also helping developers generate revenue.

While it may seem like a novelty, blockchain technology will have a huge impact on the gaming industry in the coming years. From hosting the latest esports tournaments to recording our progress and achievements, blockchain technology will be at the heart of gaming in the near future. This will also make gaming more secure and transparent for players.

Read also : What Is The Biggest Gaming Blockchain?